FOXBOROUGH, Mass. — Quick-hit thoughts/notes around the New England Patriots and NFL:
1. Belichick set for 800th game: Coming off Saturday night’s 27-17 road loss against the Indianapolis Colts, Bill Belichick is set to hit a notable coaching milestone.
His record is now 461-274-1 in the regular season, and 43-20 in the playoffs. That makes the Dec. 26 home game against the Buffalo Bills his 800th, which is quite the library to reference with his current team.
The 800 games span Belichick’s first year in the NFL as a special assistant with the Baltimore Colts in 1975, through his time with the Detroit Lions (1976-77), Denver Broncos (1978), New York Giants (1979-90), Cleveland Browns (1991-95), New York Jets (1997-99) and Patriots (1996, 2000-present).
No one is believed to have coached in more games, and his 47 consecutive years as an NFL coach are the most in NFL history, passing the 45 by Dick LeBeau. The only other coach with at least 40 consecutive NFL coaching seasons is Tampa Bay Buccaneers assistant Tom Moore (41). 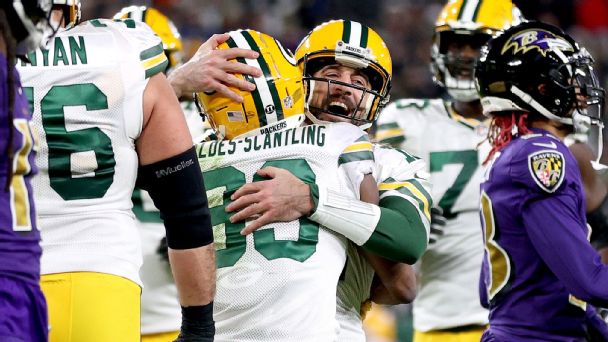 Here’s how the postseason bracket looks at the moment and what scenarios lie ahead.
&#8226 Playoff picture and clinching scenarios »
&#8226 ESPN’s interactive NFL Playoff Machine »
&#8226 Standings » | Football Power Index »
Belichick’s knack for pulling from any of those 799 games (the tie came in 1983 when he was the Giants’ linebackers coach) has made an impression on his players.
“I remember last year, we were watching some old Giants tape. I think it’s also cool when he brings out tape of older guys that played here,” center and longtime captain David Andrews said. “When he does that, and guys go into the Hall of Fame or whatever it may be, he brings up their plays and it’s fun to see. You remember those games as a kid, but seeing it from the different angle now is pretty awesome.”
Belichick’s 22 seasons as Patriots coach is the longest tenure of any current NFL coach, followed by the Saints’ Sean Payton (2006), Steelers’ Mike Tomlin (2007) and Ravens’ John Harbaugh (2008).
Tight end Hunter Henry noted how Belichick being able to reference two-plus decades in the same system shows up in the team’s preparations.
“Obviously, he’s been here and a good amount of the coaches have been here, so it’s nice to be able to relate things back. They’ve been very successful for a long time, and done things well, and we need to do those same things well. So you can look back and see how other guys did it in this system,” Henry said.
“I just feel ready to go every time I’m out there, because of him. He also just holds us all to a high standard and has built a great culture around here that we all need to live up to.”
Of course, the most notable milestone Belichick is approaching is all-time victories for a head coach. He has 320, which means he’s in striking distance of George Halas (324) for the second spot behind Don Shula (347).
2. Saturday night finale? The NFL has confirmed that the Patriots’ next two games — home against the Bills (Dec. 26) and Jaguars (Jan. 2) — will remain at 1 p.m. ET. So the final piece to the possible flex-scheduling puzzle is what happens in the finale at Miami, which is scheduled for 1 p.m. ET on Sunday, Jan. 9. That game could potentially be moved to Jan. 8, with ABC/ESPN getting two games that day (4:30 p.m. ET and 8:15 p.m. ET). Potential playoff implications figure to play a significant role in any decision, which might not come until after Week 17 action.
3. McDaniels’ future: The Jaguars’ firing of coach Urban Meyer last week sparked a natural question in New England — “would Josh McDaniels be a good fit for the Jaguars?” It’s hard to imagine a better one when considering McDaniels’ exemplary work with quarterback Mac Jones, and how critical the next hire will be for quarterback Trevor Lawrence. One thing I do wonder, however, is if Jaguars owner Shad Khan will lean toward what is perceived as a “safer” choice (e.g. former Jaguars QB and current Buccaneers offensive coordinator Byron Leftwich) after the nightmare experience with Meyer.

Make your picks throughout the playoffs and compete for $48,500! Make Your Picks
4. ‘New energy’ in 2021: McDaniels picked two interesting words — “new energy” — when asked to characterize what the 2021 Patriots season has been like for him. He said it has been a “great experience” to watch players grow together, as he is “really cherishing every day and opportunity” to be around players and “how much fun and joy we’re having with one another.” While McDaniels might have head-coaching opportunities in the future, it’s clear he also loves his current gig. “I think that is a great component of team sports; you feel better about getting up and going to work every day when that’s the atmosphere you’re going into,” he said.
5. McDaniels-Eberflus connection: One of the notable X’s and O’s storylines from Saturday night was McDaniels’ offense against Matt Eberflus’ Colts defense. When McDaniels had verbally agreed to become the Colts’ head coach in 2018, Eberflus was his pick as defensive coordinator, and Eberflus joined the team in that role even after McDaniels ultimately didn’t take the job. McDaniels said he got to know Eberflus, 51, through former Patriots assistants Eric Mangini (Browns) and Rob Ryan (Browns/Cowboys). Eberflus, like McDaniels, is considered a head coach in waiting.
6. Baby season: Patriots offensive line coach Carmen Bricillo and his wife, Megan, welcomed a baby girl, Rilyn Ashley, on Nov. 29. And tight end Hunter Henry and his wife, Parker, welcomed a baby boy, John Ace, during the bye week. As the Patriots built a big fourth-quarter lead against the Titans on Nov. 28, players turned to Bricillo — who was prepared to leave at any time if things were imminent — on the sideline. “With four minutes to go in the game, we all told him, ‘go!’ Everyone was pushing him off the sideline,” veteran offensive tackle Trent Brown said. “We all understand how important that is.”
7. Bourne’s WR identity: The Patriots might not have a No. 1 receiver, per se, but Kendrick Bourne thinks the strength is in how everyone plays together — himself, Nelson Agholor, Jakobi Meyers and N’Keal Harry as the top four. Entering Saturday’s game he said: “New England’s kind of a place where you don’t need superstars. You don’t need the star. You just need that disciplined role player that can be a star in his own role. That’s kind of how I look at myself. I think our group has flown under the radar, but winning and everything else speaks for itself.”
8. Wind and stadium changes: When the Patriots unveiled plans to update the north end zone/lighthouse side of Gillette Stadium — with the project set to be completed by the 2023 season — special teams coach Cam Achord had a similar thought as many fans. The open end of the stadium is traditionally the more challenge side to kick, and this could change things. “The first thing I thought is ‘It’s going to affect how the wind is playing in the stadium and we have to revamp and get a whole true knowledge, so that year will be interesting.’ Obviously, it’s going to be a great addition.”
9. Karras’ cause: Veteran Patriots guard Ted Karras, an Indianapolis native who played his first NFL game there on Saturday night, was expecting 40 family members and friends at the game. Five are from the “Village of Merici” — the only independent living facility in Indiana for adults with developmental disabilities. Karras has shined a spotlight on the organization, founded by his best friend’s mother, and said: “It’s just really special and has turned into a wonderful little community.”
10. Did You Know: Entering Saturday night, the Patriots had scored 30 or more points in each of their past nine games against the Colts, which tied for the most consecutive 30-point outputs against one team in NFL history. The Chiefs did it against the Broncos from 1964-1968.

Musk gets Twitter for $44 billion, to cheers and fears of 'free speech' plan – Reuters