PopHealthCare is planning to expand from its current slate of 19 states to cover the entire country, with a strategy that includes bringing healthcare services directly into the home.

The return of the house call, combined with today’s data analytics, may hold the key to managing populations and moving healthcare from fee-for-service to risk-based payments.

“We’re about a 13-year-old company whose roots were in revenue analytics for health plans,” he says. “That grew and evolved into more of a full-bodied risk adjustment program offering.”

The return of the house call, combined with today’s data analytics, may hold the key to managing populations and moving healthcare from fee-for-service to risk-based payments.

“We’re about a 13-year-old company whose roots were in revenue analytics for health plans,” he says. “That grew and evolved into more of a full-bodied risk adjustment program offering.”

Emcara Health’s care team visits the homes of patients and conducts health assessments, including ascertaining social determinants of health evident during the visit. In some instances, particularly in rural settings, they’re the primary care provider of record.

“If that’s the case, we very much are the quarterback of care, and would be interacting with specialists as needed,” Galvin says. 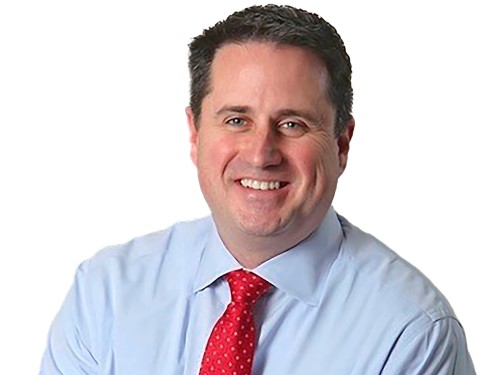 In those cases where Emcara Health is not the primary care provider, the company interacts with the patient’s primary care physician.

“We’re sending data to them so they can effectively manage the other parts of the care continuum for that patient,” Galvin says.

PopHealthCare also bridges the gap between patients and family members, he says, involving those family members in the care the patient is receiving or should be receiving.

While fee-for-service payment models are persistent, payers such as Jacksonville, Florida-based GuideWell, the parent company of PopHealthCare, “want to be in value-based arrangements across the board,” Galvin says. “The provider community isn’t always either equipped or ready to go down that path.”

Galvin previously served as executive vice president and chief growth and medical cost officer of Emblem Health and president of ConnectiCare, which grew under his leadership to be a dominant provider of Affordable Care Act-driven healthcare in Connecticut.

“The whole idea was everybody in the ecosystem – hospitals, provider groups, lab companies – put all of their resources on the table,” Galvin says. “There’s been one consistent theme in my career, and that’s about trying to make healthcare better for the consumer and for the patient.”

While at ConnectiCare, Galvin cofounded a 501(c)3 nonprofit, Partners for a Healthier Connecticut.

“We started it with a focus on type 2 diabetes,” he says. “We said, ‘Put all your resources on the table. Now forget who’s doing those activities. Let’s talk about who’s in the best situation, the best positioned to care for the patient,’ and we made some great progress.”

An electronic health record customized for PopHealthCare’s needs is a key enabler of this conversation, Galvin says.

“It doesn’t have to be a physician standing there in someone’s living room,” he says. “It could be a whole host of different credentialed people that are able to interact with a patient. And you don’t have to have all those people present in the home. We’re able to reach more people in more and more rural locations in an efficient way because of [telemedicine] technology.”

Some of PopHealthCare’s customers pay a per-member-per-month fee, and in other cases the company assumes full medical risk, Galvin says.

One of his biggest challenges in his new role is to approach clients who may have purchased an individual service offered by PopHealthCare and entice them to purchase a bundle of offerings.

“There is a substantial amount of demand in the self-funded space,” he says. “Geographically, there is still much white space for us, that we should be penetrating, and especially with our model, because we are so effective in rural communities.”

During a previous stint at a digital health company, Galvin was able to grow the population served by a factor of 10.

“One of the secrets to that model was going to where the clients were,” he says. “We would have people with a van filled with folding chairs, and we would go to the client site, and we hold health seminars.”

Some methods of outreach are more challenging, however. Potential patients are no longer answering their mobile phones if the incoming call is from a number they do not recognize, Galvin notes.

The point is to overcome these challenges on behalf of all of healthcare, he says.

“We’re not trying to disintermediate anyone,” he says. “What we’re interested in doing is bridging and also being the resource that a lot of providers can’t afford to bring to bear.”

Although Galvin isn’t a physician, he says his skills with client engagement, patient engagement, and running an effective and efficient business complement the physician leadership at PopHealthCare.

“Some of the best organizations that I’ve seen in the health space don’t have a physician at the helm, but they have great physicians,” he says. “Our chief medical officer is a brilliant physician and his team is amazing. So I will always yield to them when it comes to questions of medicine.”

Payers also need to reduce the number of technology suppliers they work with as well, he says.

“They’re showing all of the signs of saying, ‘We’ve had these 18 different partners, [and] we now need to start consolidating those down and finding partners who could be that quarterback for us,” Galvin says.

Scott Mace is a contributing writer for HealthLeaders.


Scott Mace is a contributing writer for HealthLeaders.
Health plans are expanding their platform to include home-based healthcare services, and sometimes acting as the primary care provider of record.
These new services are part of the evolution to risk-based care.
New technologies, including telehealth, allow for more services in the home and connections to providers in other locations.
View the discussion thread.
Cough, fever, and shortness of breath are common COVID-19 symptoms. Sinus congestion, runny nose and sore throat are symptoms of becoming infected with the delta variant. Sneezing more than usual…
Delaying vaccines is risky. Many pediatricians say a more gradual approach to vaccinations is better than no vaccinations, but they offer hard advice to parents considering it. …
An over-the-counter mouthwash could slow the spread of the virus. …
Leaders at Intermountain Healthcare discuss their journey merging physician and CDI teams and implementing the use of AI to streamline its middle revenue cycle. …
Nanotechnology is moving from fiction to reality, with at least two universities studying the use of miniature robots inside the body to treat diseases and address other health concerns. …

Get the latest on healthcare leadership in your inbox.